I promised myself I’d start regularly writing my yoga life blog this February, so here I am, start of March, snowed in and just starting. Why is it so hard to keep promises to ourselves? If I had promised you I never would have waited until now to write.

Outside the temperatures have risen and the snow has started to melt. The world is coming awake again, I heard bird song for the first time in two days and look up to see the fierce little robin who has been guarding the porridge I leave out. He’s whistling in the bare branches of a shrub I have yet to identify. The next door neighbour dog barks. It’s a strange feeling. The snow has given us a temporary reprieve from ordinary duties, no work or playschool and jobs long on the long finger are pushed aside as unimportant. We have neighbours in and I manage to get 3 kids, 4 adults, two dogs and two cats into the sitting room round the fire and at one stage the humans all do yoga thanks to insistence of 8 year old S from next door. We chant 8 oms for her 8 years. We stretch as much as the space allows and finish with all of us holding our hands high and picking the nicest feelings about the day and exhaling them all around ourselves. It’s deliciously spontaneous and makes me miss teaching yoga for kids.

Day three of the snow and my 4 year old son is giddy after a skype call with his uncles who show him the bright lights of an Australian city at night as they get ready to make mojitos after a day at the beach in the sun. He does a ‘very silly thing.’ I struggle with parenting, if you don’t then my next question is; are you a parent? Are you one who works and has childcare and a partner who does the hard stuff? Or is your child a spiritual leader reincarnated? I am a full time mostly at home mum and I love it, but I’m also a work in progress so training another human to be happy and well adjusted is not easy.

We are minding two cats at the moment, a cheeky friendly little black cat and its fat ginger and black sister. They are young and glossy. My son loves them. The other day he sat quietly watching TV and the dogs and cats sat near here. The program ended. In a moment of 4 year old mischief and curiosity he lifted the sleeping black cat and dropped it from the couch down to where the collie lay sleeping. What happened next is uncertain. I hear loud howling sobs and he comes into the kitchen, blood pouring down his face. My yoga breathing was gone. I gasped, ‘O Jesus!’ then saw him register the fear in my face and gave him and hug. Blood dripped on his clothes, and on my light blue jumper. I washed his face in the ensuite sink and dapped the cut with a cold wet cloth. Mercifully it was tiny, on a vein horribly close to his eye. ‘What happened?’ He told me he didn’t know if the cat or the dog had bitten him it was too fast. I don’t know either. I suspect the dog but the cut is tiny. I think about putting the cats in the shed but its cold, more snow is forecast. I think about getting rid of the collie and the cats, I think about a kennel for her. It is so cold and our dogs have never been kept outside. This, I reason, should put a stop to his messing around with the cats anyway. I’m too worried to be angry this time but sometimes I am so angry with him. I work on that with meditations and talk to my friend who counsels kids. ‘What should I do?’ ‘Move on,’ she says, ‘two legs, four legs, tomorrow is a new day.’

I thought he’s not going to do that again, that will be the end of it. But it wasn’t.

This morning, Day three of the snow and my son does a ‘very silly thing’. I see him emerging form the bathroom and I ask him if he’s ok. There is something in his demeanour, the way he closes the door shut behind him. ‘ No Mama,’ he replies, ‘I think you don’t want me.’ I think he means in the kitchen under my feet. He is not good at lying but he’s been practicing, testing all the time. People say testing boundaries but I think it’s more like figuring out how the world works, testing everything. ‘Of course I want you!’ I sit him on the couch and look into his face. ‘Why would you say that?’ I kiss him. Then he says something that makes me suspicious so I go to check the bathroom. I think he may have locked one of the animals in there. I open the door, my heart beat fast and shallow with fright. I feel concern and a sense of despair and anger as I see the toilet seat down but black velvet paws scraping from underneath it. He’s trapped the cat in the toilet. That cat is so gentle it doesn’t even scratch me as I help it out and try to dry it with a towel. I am FURIOUS. I feel the anger rise and I know he has to get to his room. He does as I order but he doesn’t understand. He still thinks it’s funny. ‘No pancakes, and I’m telling your uncle, and no present from Australia.’

His father is furious too. I chant ‘change’ to myself. This is a practice that I have been using to dispel useless anger after a fantastic meditation with the wonderful Valerie Doran. That’s another story, suffice to say I saw clearly that anger was a barrier to my own health and happiness. My big fear, ‘If I’m not angry will he know he’s done something wrong?’ I wait til I’m calm and talk to him. I tell him the cat could have drowned. That it was cruel and very silly. I ask him if its been once, five times, twenty times or a hundred times that I’ve told him not to lift the cats. He says a hundred. He’s crying big sloppy tears about not getting his pancakes. I’m stillnot sure he gets it but I am proud that I haven’t regressed to being angry mama, to shouting or grabbing him roughly. He tells me I’m mean. I can live with that.

For my yoga practice today I let music flood the room while I breathe deep and move, my mind still going over the incident, I call in love and forgiveness. Why was I so angry? The cat was fine. Then it floods in on me, memories, this is the opposite of innocence, all the cruelty stories I heard as a teen, the dead dog in the woods behind my school, all the cruelty stories from all the ages against animals and people, the helplessness of not being able to stop them. I inhale my hands high from my heart to the heavens and exhale forgiveness and letting go. I realise I am crying. He is not all these stories, he is a little curious boy. I am not these stories. How long have I been carrying this? Breathe in forgiveness for me, breath out forgiveness.

Next PostMindfulness and Yoga
0Shares

Peace in every step 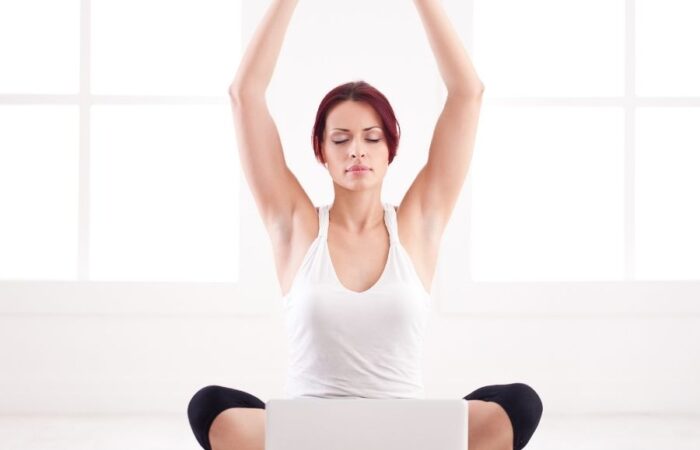 Which yoga teacher training course is best for me?